In 1939, George Orwell predicted a future where society was under constant surveillance in his classic tale ‘1984’. Although he may have been wrong about the dates, surveillance has become a normal part of our lives. We hardly even notice the cameras – at the bank, traffic intersections, schools, sports venues, etc. In fact, they have become the most common IoT sensor in the security world.

The cameras themselves have come a long way since the first Closed Circuit Television (CCTV) system observed German V2 launches in 1942. It took a little more than three decades for CCTV to become commonplace in the commercial market. Utilizing microchip technology, the first closed-circuit camera appeared in 1976. Soon banks and retailers were using cameras to protect against theft.

For the next 20 years, composite video recorded on video cassette recorders (VCR) was the standard. Then, in 1996, the first IP cameras hit the commercial market. The years since then have been characterized by constant improvements to the quality, resolution, and intelligence of video surveillance systems. Since 2001 and the second attack on the World Trade Center, surveillance in public spaces has exploded.

In large cities, systems with thousands of cameras watch over problem areas. The city of Chicago has over 17,000 deployed - the largest system in the U.S. However, these pale in comparison with systems in other countries. In the Greater London area, there are now an estimated 500,000 cameras. The U.K. has been deploying cameras since the 1960s and it is now estimated that they have about 4.2 million cameras – or one for every fourteen people. In China, Beijing has about 400,000 cameras in public areas contributing to an unbelievable total of 176 million around the country. The Chinese predict that number will triple by 2020. With this many sensors deployed, the traditional video wall watched by guards or security personnel is no longer effective. 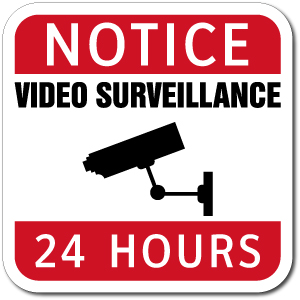 The race for higher resolutions and better picture quality is being supplanted by the need to intelligently process all the data being collected. Video motion detection is being replaced by advanced motion analytics and the next generation of cameras will be offering behavioral analytics powered by machine learning made possible by GPUs in edge devices. The video surveillance system of the (not so distant) future will rely on more than just human monitoring of a collection of disparate systems.

Vision already specializes in providing integrated solutions that leverage the capabilities of all the sensors deployed at a protected site to increase situational awareness and reduce the need to reference multiple platforms to get a complete security picture. We are already deploying advanced analytics can learn your unique environment and direct your internal security team to respond when anomalies occur.

Welcome to the future.

All Articles by Rick