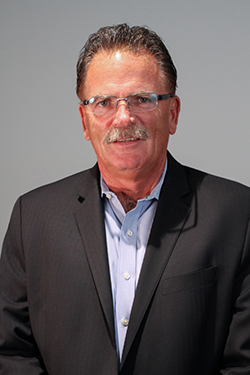 John founded Vision in 2000 as President and CEO and has since guided its growth and success to its current level of over 550 employees in 25 states, with revenues exceeding $130 million annually. John has a hands-on approach, so he is involved in the development of Vision’s strategic direction, identifying promising technologies and new lines of business.

John’s passion for delivering 100% customer satisfaction and a world-class customer experience, has led to the development of Vision’s services-based culture and a training curriculum focused on customer service, exceeding expectations, and creating raving fans, which he personally presents. John’s service in the U.S. Navy resulted in a service-related disability which enabled Vision to attain its SDVOB status. Vision’s technology services business model has grown from its initial prime contracting role on the GSA VETS GWAC program, a $5 billion government-wide acquisition vehicle, to a full-fledged government contractor supporting both federal and state and local clients. Likewise, Vision is proud to support a host of fortune 100 companies in various sectors and today the company is roughly 35% public and 65% private business mix.

John was named the Maryland Technology Council (MTC) CEO of the Year and one of The Daily Record’s 20 Most Influential Marylanders in Technology.  He was also recognized as a local business leader by SmartCEO Magazine, the Baltimore Business Journal, and Ernst & Young’s Entrepreneur of the Year competition and both John and the Vision Culture were recently spotlighted in I95 Magazine. Additionally, John serves on the boards of AAEDC and TEDCO.

Under John’s leadership, Vision has ranked steadily in the INC 500/5000. Vision was recognized by CRN Magazine as a national Top 20 Value-Added Reseller and received the BBJ Fastest Growing Companies Award as well as the Cabling Installation & Maintenance 2018 Platinum Innovators Award for its work at the Wharf in Washington DC. Vision is also the Official AV Provider for the Baltimore Ravens.

John is a serial entrepreneur. Prior to Vision, John was a co-founder and principal of the Apex Group, a networking and system integration company sold to ADC Telecommunications in 1997. John holds a Bachelor of Science degree in electrical engineering technologies from Capitol College and a Master of Administration Sciences from Johns Hopkins University and is involved in various community and charity causes. 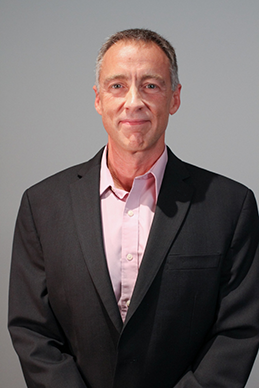 Kevin is an information services principal with almost 30 years of progressive technical, managerial and leadership experience. In his role as COO, he is responsible for all aspects of Vision’s activities – including daily operations, long-range planning, and overseeing several of Vision’s major accounts.

As a founding partner, Kevin was integral to Vision’s strategic direction and rapid expansion and today continues to oversee expansion of operations and services to meet revenue and profitability goals. Vision is currently a national company with annual revenues approaching $150 million and 600 employees. His close partnership with Vision CEO, John Shetrone, dates to 1992 when he was hired by Mr. Shetrone for The Apex Group, rising quickly from engineer to director for the mid-Atlantic region, and then Director in a larger public company that purchased The Apex Group.

Kevin’s technical background and expertise date back to his service in the United States Air Force, where duties included building and maintaining secure telecommunications systems in an SCI classified environment, as well as other highly classified work. He was repeatedly recognized for the quality of his work, earning several awards and medals. 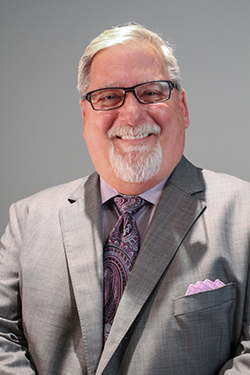 Al joined Vision in January 2001. In his role as Senior Vice President of Sales and Marketing, he actively leads sales and marketing efforts, focusing on developing new opportunities through vendor partnerships, and developing new markets and technologies. An early member of the Vision executive team, Al was responsible for the implementation of highly successful sales and marketing strategies which led to Vision’s successful transition from a commercial-only enterprise to commercial/federal contractor.

Responsible for the development of Vision Technologies’ Schedule 70 contract, Al previously led the company’s efforts to secure the VETS GWAC contract, establishing a record of flawless performance and project execution. As a result, Vision was recognized as one of Entrepreneur Magazine’s Hottest Companies in the U.S., CRN Magazine’s Top 20 Fastest Growing VARs for 2010, and as an Inc. 5000 company for the last 4 years in a row. 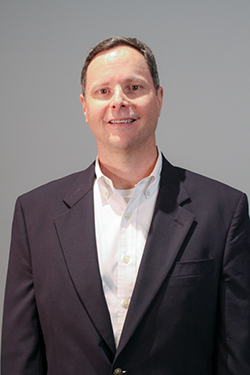 Most recently, Mr. Quade’s focus has been on creating integrated systems, enhancing banking and strategic relationships and creating tools to manage and control increasingly complex and disparate activities. His team is also responsible for the development of new services for Vision’s customers, including an on-line, customer-facing project-management office, allowing Vision to provide 24/7 project status updates to customers across the U.S.

Michael is a Certified Public Accountant with over 30 years of comprehensive, progressive experience in providing accounting and strategic financial management services to leading-edge firms, with twelve of these as part of Vision during its critical growth phases that have seen the company’s revenue grow to over $105 million annually.

At Vision Technologies, the commitment to give back and support non-profit organizations within the communities we serve is a...